The first edition of SpaceFest! will be held in Gdansk on 9-10 December.

SpaceFest! in 2011 will comprise of workshops for professional musicians ran by Ray Dickaty (ex-Spiritualized) and Karol Schwarz (KSAS, Prawatt), concerts, meetings with artists and a competition for young bands.

Over 10 shoegaze, space-rock and alternative bands will play gigs on 9-10 December, among them White Noise Sound (UK), Ścianka (PL), Jaime Harding (UK) and Simon Scott (UK). The performance by Pure Phase Ensemble – the collective of 15 musicians playing songs composed during the workshop will be a high point of the festival. 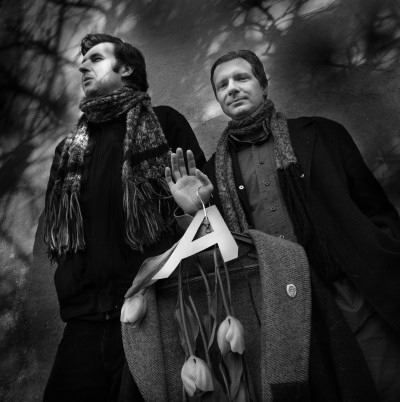 One of the most important Polish alternative bands. Playing since autumn 1994. Recording and releasing since spring 1998. Their style is hard to define, melts together pre-punk raw energy, free jazz madness and sonoristic attitude. Pretty, gentle tunes sometimes. Audio drama..? Why not. A wide emotional and formal range, an intense transmission. An axe, a feather, some rust. Air.

Each of their records is different, each one recorded on tape in their analog studio in Sopot, recently in Warsaw. Each one received top ranks in Polish music press.

At SpaceFest Ścianka will play the music from their latest album entitled Come November (premiere on 12.10.2011). 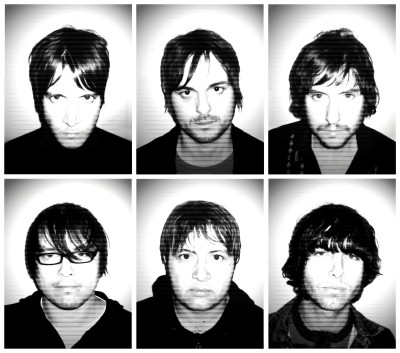 WNS assembled in Swansea, Wales in 2006 and immediately began to incite label and media attention and their white-label promotional demos began to receive airplay in the UK (from the likes of Steve Lamacq and Bethan Elfyn at BBC Radio 1), Europe and the US.

After honing their craft across the UK and through Europe – where they have supported the likes of The Warlocks, Spectrum, Mark Gardener (Ride) and the Super Furry Animals and shared the stage with members and ex-members of Spacemen 3, Spiritualized and the Brian Jones Town Massacre – the sextet completed their debut album in March 2010, with the help of Pete Kember (Spacemen 3, Spectrum) and magician Cian Ciaran (Super Furry Animals).

A month later, WNS signed to US label Alive Records whose back-catalogue, amongst many others, includes releases from The Black Keys and The Soledad Brothers.

They have created a killer album that sounds on a par with greats like Spacemen 3, My Bloody Valentine, Hawkwind and Slowdive. Despite clear influences, the album definitely has a style and panache all of its own, and is fantastically produced and executed. The up-tempo tracks have the best energy and attack we’ve heard in a long while and the slower, more cosmic tracks have a pristine intricacy and a panoramic sense of space. 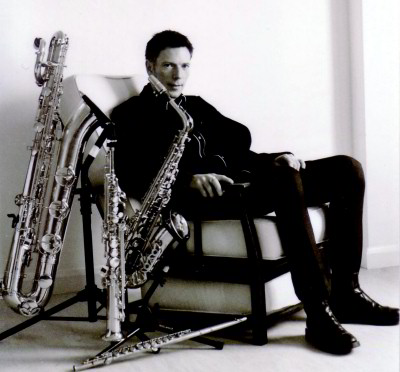 Ray Dickaty Saxophonist and Composer. His musical career consists of more than 60 recordings with various artists. As a member of Spiritualized he arranged brass and played on the albums Live at the Albert Hall, Let it Come Down, and Amazing Grace. As a member of the Too Pure band Moonshake he recorded two albums and has played both with Stereolab and Cornershop as well as performing alongside PJ Harvey.

With his own free jazz noise band Solar Fire Trio he has released 3 acclaimed albums and toured supporting Julian Cope.

With his band Loka he has recently completed a second CD for the label Ninja Tunes due for release Autumn 2011 with remixes by DJ Food to be released as a bonus. 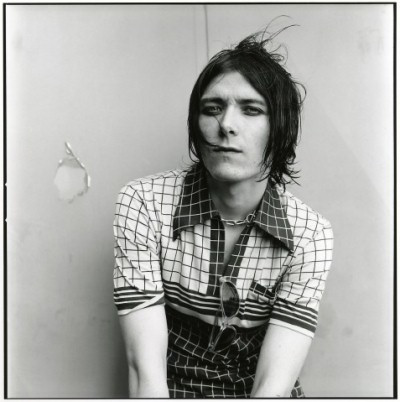 Jaime Harding was born in Manchester in 1975. With his best friend Phil Cunningham and Anthony Grantham he formed Marion when 17yrs old playing Manchester pubs in the early nineties. Invariably going down like a lead balloon playing Joy Division and Buzzcocks covers to a Madchester baggy E taking audience. Marion started writing their own songs around this time and two years later had signed to first Rough Trade and then onto London Records. Their first album This World and Body hit the UK charts at number 9, scoring them a debut top ten album.

BBC Radio One once declared Marion the hardest working group in Britain for the amount of gigs they played around the release of This World and Body. America, Japan, Scandinavia, and other parts of Europe mostly.

Marion were always held in high regard by their peers and received touring invites from Morrissey, Radiohead, Echo & the Bunnymen and the Manics to name a few.

Marion’s second The Program album was co written and produced by Johnny Marr (The Smiths).

A few days after Marion’s 2006 show in December at London’s king collage Jaime became unwell and consequently had to have open heart surgery. Jaime is back in good health now and looking forward to playing more gigs and writing new songs with the band again. 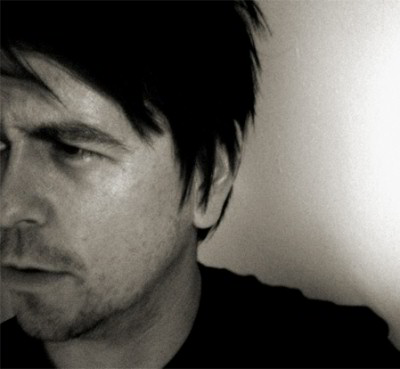 Simon is the ex-Slowdive drummer (1990-1994 Just For A Day LP and Souvlaki LP) who runs the KESH recording label/live promotions agency from Cambridge since 2005. Simon released his debut album called Navigare on Miasmah, a Berlin run label by Erik Skodvin from Deaf Center/Svarte Greiner, to critcal praise in October 2009 (mastered by Andreas Tilliander, aka Mokira). The Wire Magazine said “Scott is particularly adept at layering coolly shimmering guitars and dark churning currents of noise into something vast. A haunting aspect of Navigare is how it seems to contain traces of tunes that stand out like half-forgotten relics of the past” (Dec’09). He also formed a music project called Seavault (Morr Music) with Isan’s Antony Ryan in 2006. Simon Scott released his second solo album for Miasmah in autumn 2011.

He has collaborated with Machinefabriek, Seasons (pre-Din), Brian Eno (as part of Slowdive), Nils Frahm, Svarte Greiner, Ryan Teague, Scott Cortez and Rafael Anton Irisarri. Since 2008 he shared the stage with The Caretaker, Fever Ray, Tim Hecker, Lawrence English, James Leyland Kirby, Byetone, Greg Haines, Mira Calix, Xela and Ryoji Ikeda. He also provides production to the LP ‘Hintergarten’ by Hannu (released on his KESH label), has drummed for Klimek and has remixed ON, Jasper TX, Autistici, Papercutz: The Sight Below and Isan. 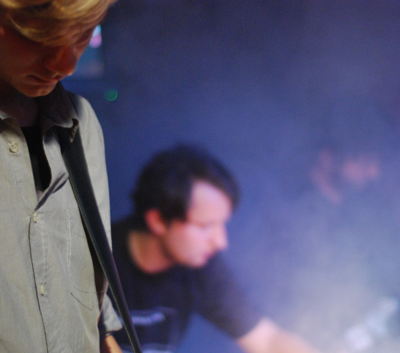 Pure Phase Ensemble is an international shoegaze instrumental collective created especially for  the SpaceFest! festiwal.
15 musicians from Poland and the UK will take part in a workshop held in Laznia CCA in the beginning of December 2011. Together they will compose the music material which will be presented to the audience during the festival. The musicians will create 7 songs based on a certain key tones extracted from Pure Phase Tones for DJ’s by Spiritualized. The songs will be recorded live and then released on a CD.
Raymond Dickaty, a British saxophonist improviser, in 1997-2002 a member of Spiritualized, cooperating among the others with Sonic Youth, Radiohead, Stereolab, Lush, Dr. John – will create the programme of the workshops together with Karol Schwarz (Prawatt, KSAS) who manages Nasiono Records. Pure Phase Ensemble will consist of such musicians as: 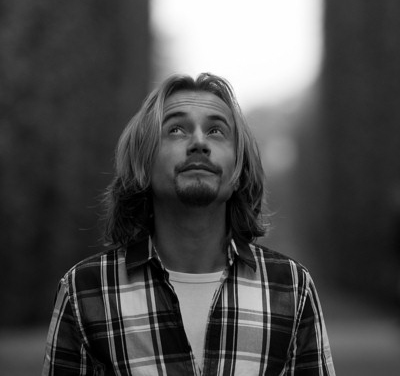 Klimt is a project of Antoni Budziński who also plays the guitar in Sopot band Saluminesia. He debuted on the Sleep Well III compilation with a song “Ennui” in May 2007. In March 2008 Klimt released his debut album entitled Jesienne odcienie melancholii.

Together with Saluminesia he has won numerous awards and has been credited for many achievements, including winning of the EKO UNION OF ROCK Wegorzewo 2008 festival where they won three awards: the Grand Prix Award, Journalists’ and the Public Prize. In June 2008 the band performed in the debuts competition at the Festival of Polish Song in Opole. Klimt was awarded in “Expressowe Otwarcie” competition organized by Polish Radio “Trojka” in March 2005.

Klimt played at this year’s Open’er Festival and the Seven Festival. In February of this year he released a second album called Agape. 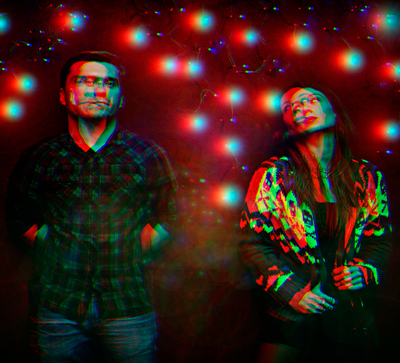 Fuka Lata is a musical duo playing trans-like and hypnotic songs based on electronic rhythms originating from processed electric guitar and characteristic deep bass. The members of the band are Leedvd (samplers, vocals) – previously a theatre actress who decided in 2006 to create electronic music singing about solitude, maturity and love and Mito (electric guitar) who started his musical adventure playing punk, then for few years he worked as a DJ playing minimal techno. Eventually he quit mixing somebody else’s music and started to explore his guitar further. At present he converts his guitar sounds to obtain atypical effects similar to space/electronic music. One of their tracks – Forbidden Places – was used in Anna Jadowska’s film “From Love”. Recently they performed at Moving Closer and Kobieca Transmisja Festivals in Cracow,  at Magnetofon Festival in Powiększenie Club in Warsaw and  at Fląder Festival in Gdańsk. In 2009 Leedvd appeared at the Off Festival in Katowice with a band called LeeDVD/Siupa, formed  especially for this occasion. 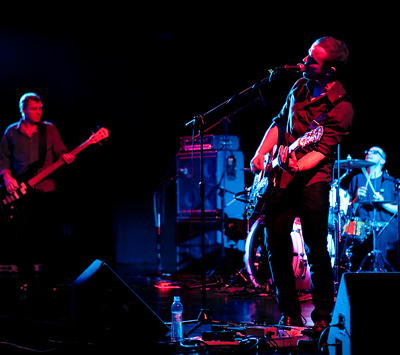 Manescape is a trio from Głogów formed in 2006. They released a demo D-Tape (2007) and In Progress EP (2008). In 2009 they signed a contract with a small independent label Rebel Rockers and recorded material for their debut album Ex – Internal which was released in November 2009. Maciek Cieslak (Ścianka, Cieślak i Księżniczki) who produced their album said that: «It’s a good, fierce, trans, absorbing record. It sounds as if it was ‘not Polish’, which sadly can be treated as a compliment.»
The band played concerts in several Polish cities with such groups as Kombajn do Zbierania Kur Po Wioskach or PG LOST from Sweden. Currently Manescape prepare new material for their second album and get ready to set out for a new tour to promote their latest music.