The eighth edition of the festival will be held on 7-8 Dec 2018 in Gdansk! 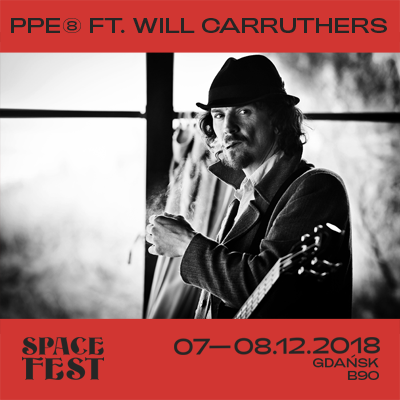 Will Carruthers has played in 33 bands over thirty years, perhaps most notably in Spacemen3, Spiritualized, Spectrum, The Brian Jonestown Massacre, and Dead Skeletons. He can’t remember how many records he played on but he thinks it might be more than twenty. He has slept in over five hundred places, perhaps most notably, up a tree over a river in January without falling off. He has written two books of tall stories, and a book of poetry. He is sometimes a bookbinder. He is sometimes a painter. He would like to live in the country and grow weird vegetables. He tells lies. He is a master of conkers. He’ll be the artistic director of Pure Phase Ensemble 8. 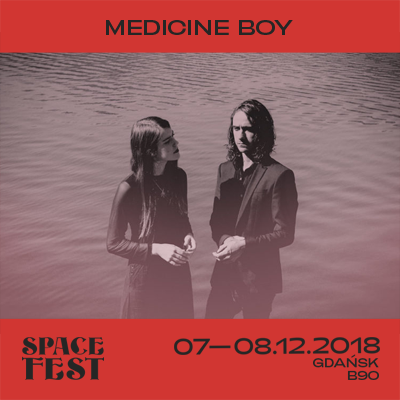 MEDICINE BOY is a Dream Noise duo from Cape Town, South Africa. Influenced by the likes of Rowland S. Howard, Spiritualized, The Mary Chain and The Bad Seeds, the pair tread the fine line between the calm and the chaotic. Formed in 2014 by André Leo (vocals/guitar), Lucy Kruger (vocals/keys) and a drum machine, the band quickly began headlining shows and festivals in South Africa. The band’s sound is as much about the noise as it is about the spaces between. Grinding organ sinks beneath waves of guitar that are at times gentle and drifting, at others feral and unforgiving. Lucy and Andre’s voices remain entwined and intimate. https://medicineboy.bandcamp.com/ 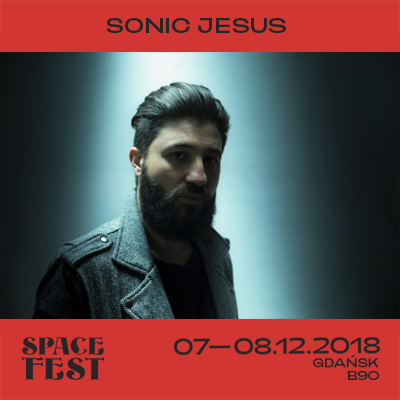 SONIC JESUS is the project of multi-instrumentalist Tiziano Veronese. Based in Italy and formed in 2012. Internationally acclaimed since the very beginning, thanks to the instantly sold-out debut on Fuzz Club Records (Sonic Jesus EP, 2012) and a cult split featuring the Black Angels (Split Single N°5, 2014), they took part to the Reverb Conspiracy twice, the Cosmosis Festival (featuring the Jesus & Mary Chain), the Eindhoven Psych Lab and the Reverence Festival. New album ‘Grace’ (Fuzz Club Records, 2017) goes beyond the past boundaries, pushing towards enthralling melodic horizons and handsomely modern pounding beats.  https://sonicjesusband.bandcamp.com/ 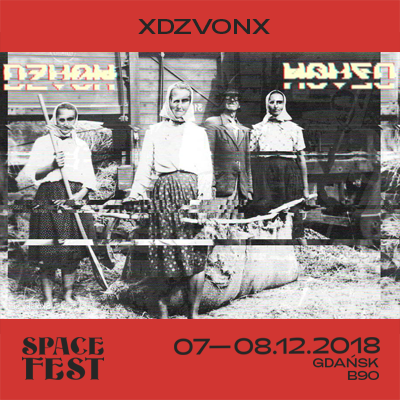 xDZVØNx (sacral noise pop//Wrocław) - this duo presents dark electronic music mixed with Eastern European Orthodox Church music. During their shows you can both hear and see their influences with techno, ambient dance music brutalizm and folk mysticism.   Their songs are based on down tempo, megaphone transformed and transformed  chants of choirs, gongs or psalms.   Trap, noise, chaos and a prayer all in one. 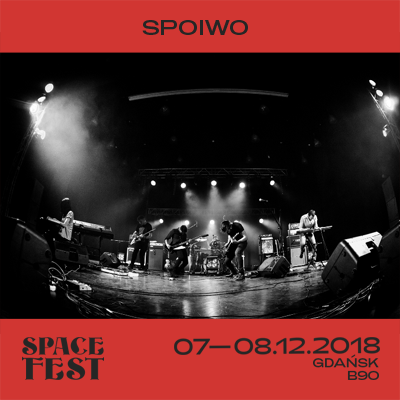 SPOIWO has been created in 2009 and consists of five friends. From that moment on it developes its characteristic sound which is based on melancholy drifting along with elements of madness and sadness exploding together in a joyful manner. SPOIWO is an instrumental band often settled between ambient and postrock music. 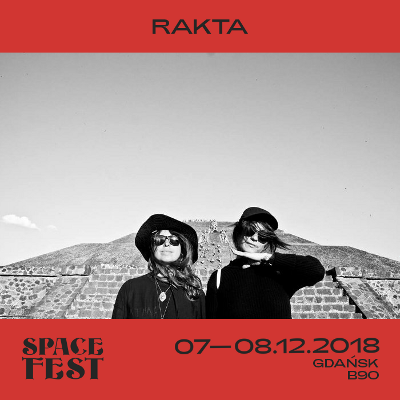 RAKTA play garage psychedelic music, strongly inspired by tribal rites, occultism and trance rhythms. These three girls rock and don’t take no prisoners! Quoting Cult Nation: “The Brazilian all-female band’s music is characterized by echoing vocals, darkly swirling guitars, and spooky organs [that] pull you into a fuzzed-out soundscape drenched in ghostly reverb, drawing you down a sonic vortex and into a hauntingly psychedelic world that seems one part psych garage, one part deathrock, and one part spaced out dark punk rock.” 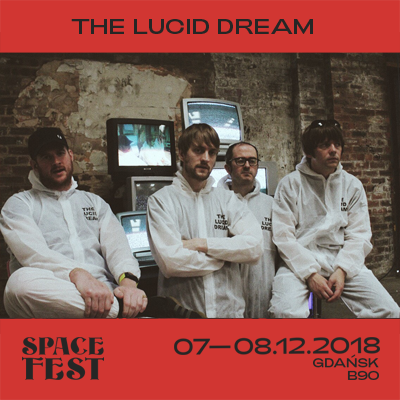 THE LUCID DREAM represent the UK’s young alternative scene and do not shy away from experimenting with various genres. Their set will combine psychedelic rock with elements of acid house, dub and kosmische Musik. 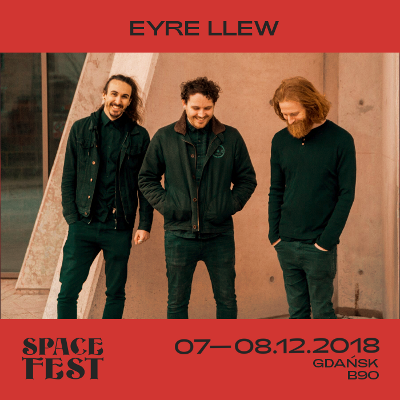 EYRE LLEW are an ambient-rock trio from Nottingham, UK and since forming in August 2014, they have since released nine singles and a self-recorded 12 track debut album entitled ‘Atelo’. Quoting Louder Than War: ”Eyre Llew… deal a sonorous, moodswing, ambient that is clouds of dark guitar noise and rumbling soundtrack drums. It’s powerful and arresting and fills the room with billowing clouds of melancholic beauty… a surprise joy. Sigur Ros meets Mogwai slow-core and really pleasant stuff too.” 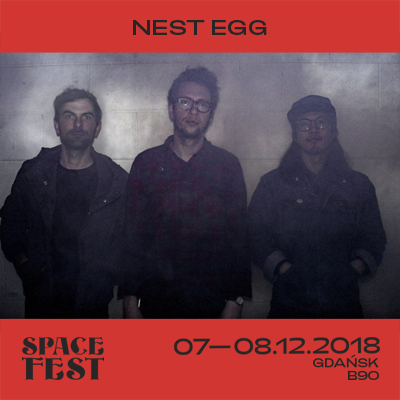 NEST EGG are a three-piece from North Carolina who describe their heady and motorik rock wig-outs as ‘mood music for nihilists’ Although they started in the experimental realm, a common interest in motorik meditation became a catalyst causing them to redefine their concept of drone, rock and roll, and noise. While simultaneously taking notes from sonic pioneers and listening intently to the sounds of the future Nest Egg take a closer look at the darker side of psychedelia. https://soundcloud.com/nest-egg-2 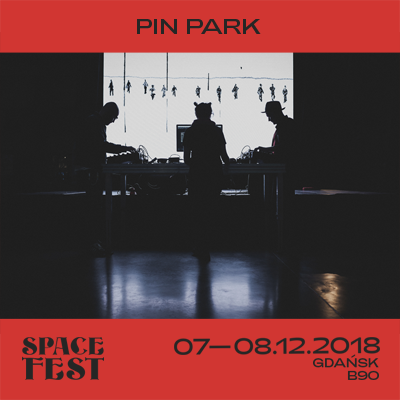 PIN PARK’s music is strongly inspired by German experimental electronica from the 1970s. Using original instruments from the time, they create a broad spectrum of analogue sounds, generating music that is soothing, melancholy, structured based on looped, developing motifs, and punctuated with crafty details and nuances. kinoMANUAL will provide visualizations to the concert, 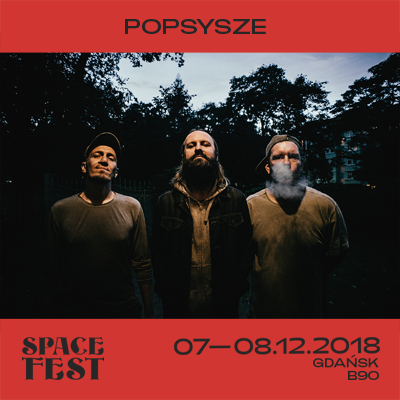 POPSYSZE is a trio from the Tri-City, which was founded in 2008. The band has released three albums “Popstory” (2012), “Popsute” (2015) and “Kopalino” (2017). The inspiration during the recording of the third album were forests, the open sea, the aura of an isolated Kashubian village before the season, the Stilo lighthouse and burial mounds. Thanks to this, the album is psychedelic, instrumental, referring to ethnic music from different parts of the world. The band also expanded the instrumentation with numerous percussions and electronics. Currently, they are working on a new record and continue their journey along the psychedelic path. 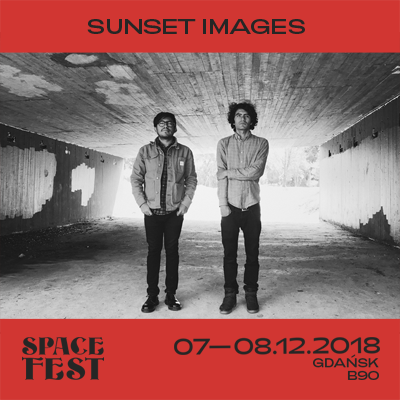 SUNSET IMAGES is an experimental-noise duo and the project of Samuel Osorio formed in 2014 in Mexico City. The band underwent several transitions which led to the craft of a “dark gaze” layered sound influenced by shoegaze, ambient and psychedelic music. Sunset Images has toured Mexico, The United States and Japan, has shared the stage with notorious acts such as Mogwai, Acid Mothers Temple, Bo Ningen amongst others and has gained a great reputation for tremendous live performances filled with energy and movement, strobe lights and hallucinating dazing sounds. https://sunsetimages.bandcamp.com/ 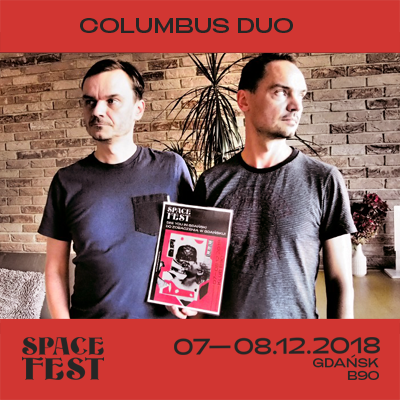 COLUMBUS DUO‘s roots reach back to the early 90s and one of the first noise bands in Poland named Thing. The following years are a gradual reduction of the composition and constant search for a new sound form. After experimenting with minimalism on the first albums, the Swoboda brothers returned to more spatial structures. On “Salt” and “Expositions”, vinyls produced by Emiter, the group enriched its repertoire with electronic psychedelia and ambient. In recent years they focused on experiments with kraut rock sounds (“Temps” album). All Columbus Duo are released by Deadsailor Muzic label led by the band.