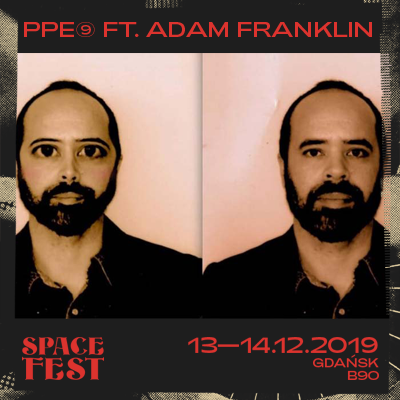 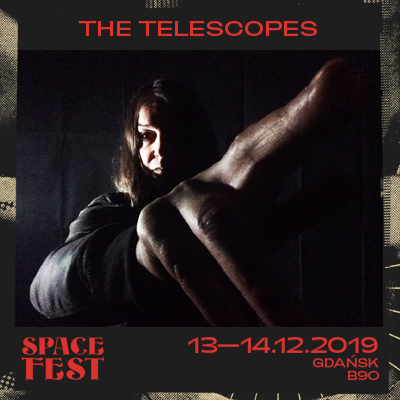 After their awe-inspiring 2015 set, THE TELESCOPES will be returning to Gdańsk in all their glory to celebrate the 30th birthday of their legendary album Taste. Founded in 1987 by Stephen Lawrie, the group have been mining a unique anti-myopian seam of highly influential experimental, drone, noise, dream & psych. As they say themselves, their latest album Exploding Head Syndrome “consists of eight new songs and incantations that form a series of sonic convulsions stretching the parameters of intuitive composition to the point of auditory illusion”.
https://www.tapeterecords.de/artists/the-telescopes/ 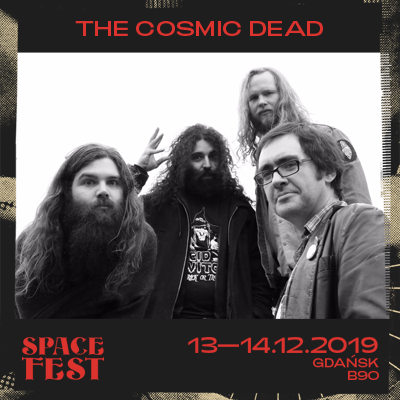 THE COSMIC DEAD – a psychonautal cosmodelic buckfaustian quartet from Glasgow. For anyone who hasn’t yet stood before the Dead and their live homage to the cosmos, expect religious devotion to synthesised dreamworlds, subsonic grooves, guitaristic splendour and the vast, hypnotic sounds of Hawkwind and Popol Vuh eternally jamming in the Möbius strip of time and space.
https://thecosmicdead.bandcamp.com/album/scottish-space-race 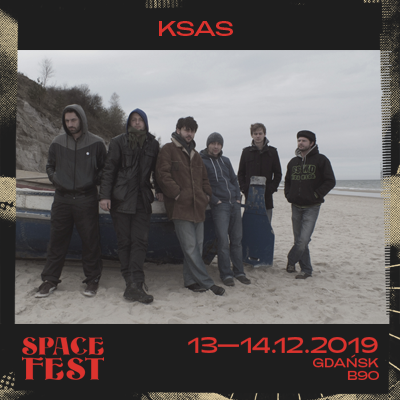 KSAS (Karol Schwarz All Stars) is clean, spontaneous energy. Music played live, no preparations, no rehearsals. The band has been around for almost 20 years changing its members and mission: they started with the motto “taking drugs to make music to take drugs to “to reach, through all the chords in the world, today’s: “takin’ naps to make music to take naps to. ” One thing remains unchanged: a wall of delays, which six years after the previous release of the album “Hi, Mom!” returns to “Hi D (e) ad!” with all subtle power.
https://nasiono.net/album/ksas-hi-dead/ 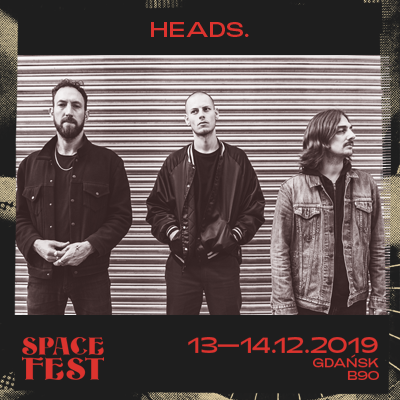 Formed in 2014 of two native Germans and one wandering Australian, HEADS. are like-minded individuals, drawing inspiration from the same filthy pools. With a straight-up, no-frills approach, and influences as diverse as Total Control, Rowland S. Howard and Shellac, this trio are much more than the sum of their parts. https://headsnoise.bandcamp.com 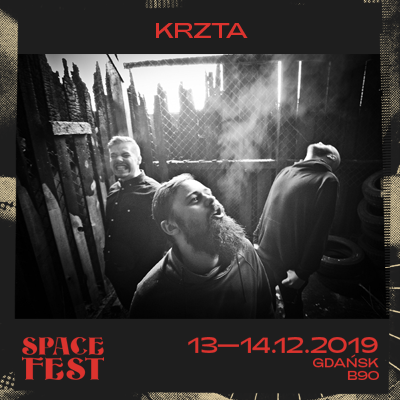 KRZTA – Olsztyn based trio playing noise, mathcore, sludge. Their approach to composition, commitment and energy are their characteristic traits that can be checked during their fierce live performances. So far they released a demo and their debut album recorded in just two days (by Green Lungs Records).
https://krzta.bandcamp.com/ 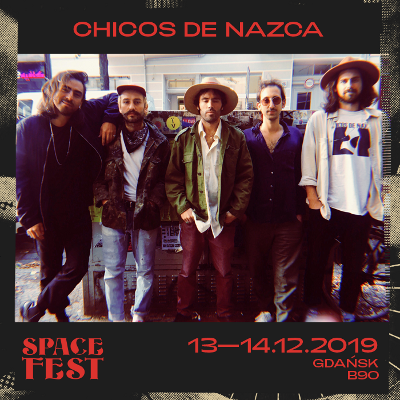 CHICOS DE NAZCA is a band from Santiago de Chile. Using the blasting power of repetition and reverberation, they will carve a hole in your soul as deep and abysmal as anything that’s come before them, dredging your skull through the lysergic fractal fragments of your mind.
https://soundcloud.com/chicos-de-nazca 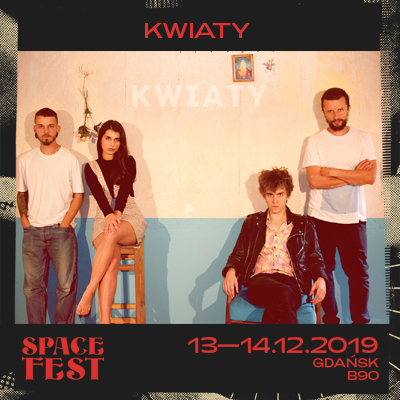 Gdańsk will also be represented by KWIATY. Their music has four different roots, which come together in a creative blend of indie-rock, psychedelic music, shoegaze and Twin Peaks inspirations. Kwiaty cannot be pigeonholed into a single genre, creating captivating songs that occasionally verge on more dynamic elements, rooted in punk rock.
https://soundcloud.com/zespolkwiaty 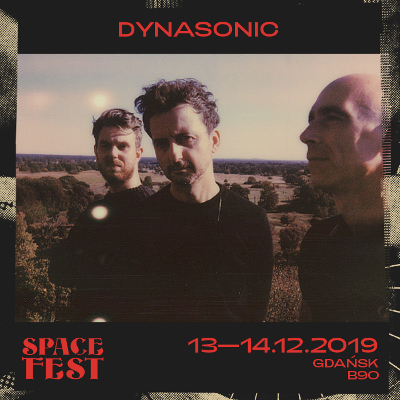 DYNASONIC is a Polish dubwave super-trio created by Mateusz Rychlicki (Kristen, Kobieta z Wydm), Adam Sołtysik (formerly of Pogodno) and Mateusz Rosiński (wrong dial, Dym Records). In their music, bass-heavy dubs romance with vintage sounds of classical instruments and field recordings. Hypnotising repetitions naturally send us towards associations with waves, but – bearing in mind that this is experimental electronica – these waves are rather stormy.
https://dymrecordings.bandcamp.com/album/dynasonic-1-dm21 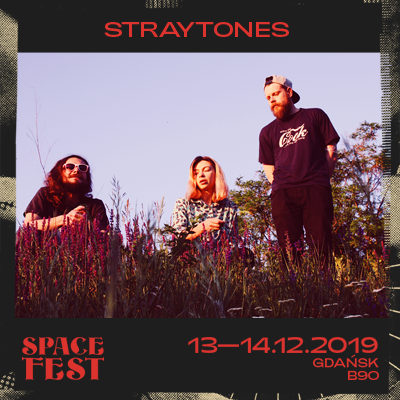 STRAYTONES is a psychedelic rock band from Kyiv, Ukraine. Their music has roots in garage rock stylings, with heavy influences of psychedelic and surf rock. Imbued with a spirit of 60’s garage rockers and hippies and heavily influenced by modern neo-psychedelic vibes – Straytones may recall associations with The Brian Jonestown Massacre, Night Beats, Wand, Ty Segall, Fuzz, and Thee Oh Sees. https://straytones.bandcamp.com 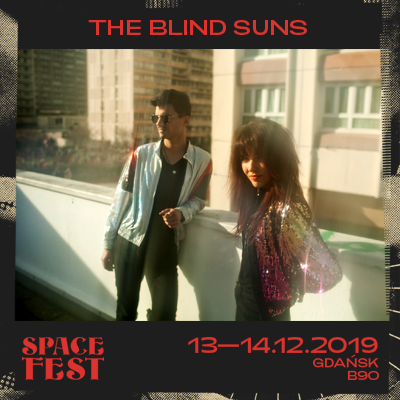 THE BLIND SUNS are a French-Polish trio drawing sounds from the likes of Mazzy Star, JAMC and The Primitives. The Blind Suns carry that Duane-Eddy-meets-Link-Wray guitar sound that sits so well alongside Dorota Kuszewska’s captivating vocals. https://theblindsuns.bandcamp.com/ 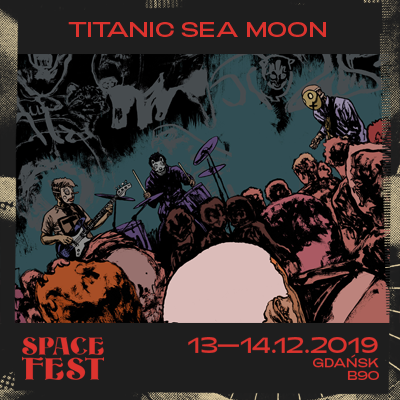 The SpaceFest! 2019 line-up would not be complete without the winners of our competition for interesting psychedelic acts: TITANIC SEA MOON. Members of this noise outfit, hailing from Słupsk and Elbląg, use to play in such bands as Ewa Braun, Guernica Y Luno, Wszystkie Wschody Słońca, Przyzwoitość, Shitface, Tornado Space Ship, and Najprzyjemniejsi.
https://www.facebook.com/pg/TitanicSeaMoon/ 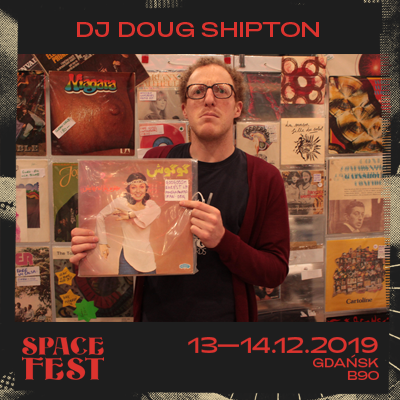 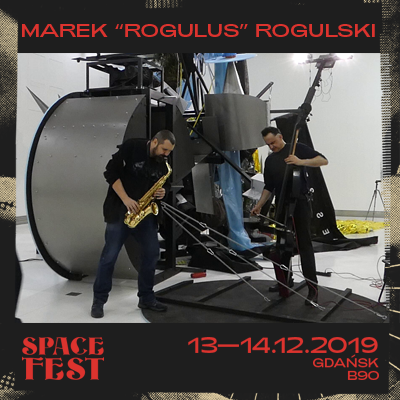 The live act of MAREK “ROGULUS” ROGULSKI’S formation – Rogulus X Szwelas und Gos + Czerkas + Ika, is a combination of an improvised music set and performative actions. The musicians use rare techniques of articulating sounds and preparation, and experiment with contemporary means of expression. They use unorthodox ways of playing instruments, focusing above all on sonoristic aspects of music
https://www.facebook.com/pg/instytutcybernetykisztuki